For all the Horror/Slasher Movie and Jason Blum fans ….. 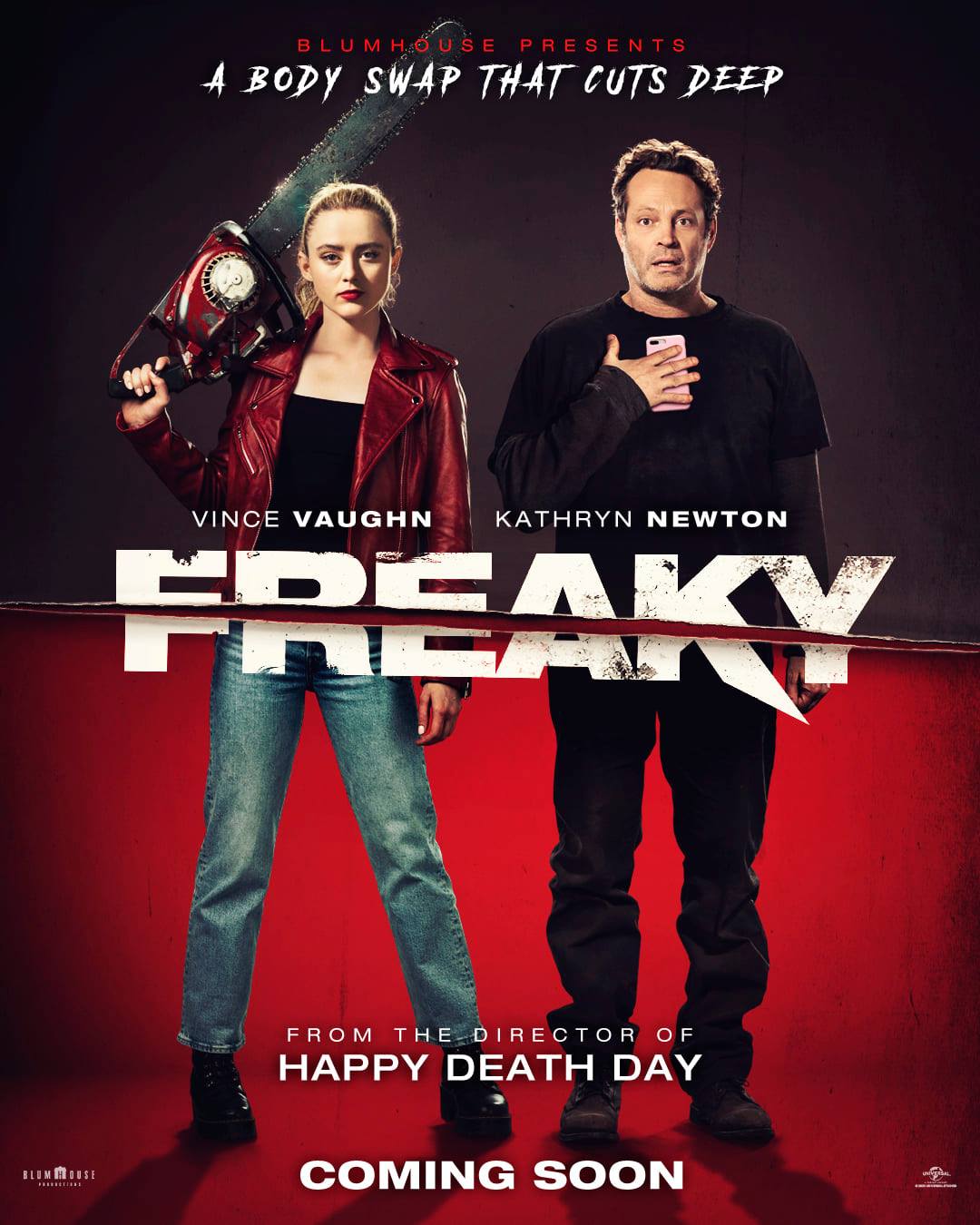 FREAKY is a new Horror/Comedy film from Jason Blum (GET OUT, PARANORMAL ACTIVITY, THE PURGE, US, THE INVISIBLE MAN, HAPPY DEATH DAY) which we are releasing in South Africa on Friday, the 13th November.

High school student Millie Kessler (Kathryn Newton) becomes the newest target of the Blissfield Butcher (Vince Vaughn), an infamous serial killer, during her senior year. When the killer’s magic dagger causes her to swap bodies with him, Kessler discovers she has a limited time to reverse the switch or else remain trapped as a middle-aged murderer hunted by the city, while the real killer – in her body – targets her classmates.